It’s time to be informed 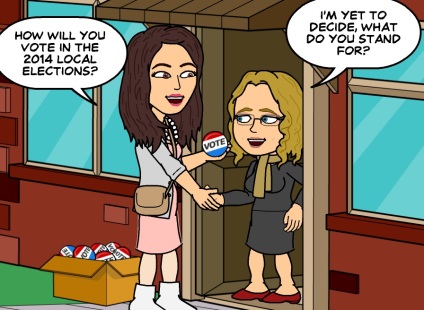 In the run up to the 2014 Donegal Local Elections, NCCWN- Donegal Women’s Network has sent out an ‘Open Invitation’ to all 2014 local election candidates to respond to questions that have been identified as areas of concern by voters in Donegal.

All candidates running have been invited to respond and to pledge to undertake specific actions if they are successful and elected onto Donegal County Council. All responses or non-responses, will be published on the Donegal Democrat’s specifically designed web- page  ‘BE INFORMED…..  about your 2014 Local Candidates.’ This we believe will give the electorate an insight into each candidate as well as giving the candidates an open forum which could be helpful in securing votes.

The questions cover a number of topics covering; childcare, cuts to carers, Domestic Abuse + Violence Against Women, Lesbian, Gay, Bisexual and Transgender (LGBT), Travellers, Women’s Political Representation and Equality within our society. In the next couple of weeks our readers will receive an overview of the candidate’s responses as well as the link to the Donegal Democrat’s web page and that of NCCWN- Donegal Women’s Networks.

This lack of female representation is been acknowledged by many men and women on the doorsteps in Donegal, with more women in the county council been seen as advantageous to a more effective running council.  One voter said, “Women are very practical and work more from a collective perspective as opposed to taking ‘territorial and confrontational’ stances.”

Taking a broad sweep of female representation across the North West the following clearly indicates little has changed to encourage and support the participation of female candidates despite the fact that the female membership of our two largest parties, Fianna Fail and Fine Gael is between 35% and 40%.

In Donegal Fine Gael have one woman running and 13 men; in Sligo – 10 men and one woman; in Leitrim – two women and 9 men. And, this is the party that introduced gender quotas!

Fianna Fail is no better.  In Donegal: 15 men and three women; In Sligo: one woman and eight men; in Leirim the situation is a little better with 9 men and 3 women.  Yet, Michael Martin, in Fianna Fail’s Gender Equality Action Plan, committed to ‘renew Irish politics and make it more representative’.  In the Irish Times (2/4/14) Senator Averil Power bravely criticised her own party’s failure to take serious action to address its low female representation.

Under new legislation, the ‘Electoral (Amendment )Political Funding Bill 2011’, which comes into effect for the next general election,  political parties will be obliged to implement an electoral ‘gender’ quota or suffer severe financial penalties. Each party will have to have at least 30 % women on the ballot paper. Fine Gael for example last year under Electoral Acts received 2.8 million euro and therefore stands to lose up to 1.4 million euro. I wonder will the threat of financial penalty help to focus the minds of the men in power?

We need to work together to #EndViolenceAgainstWomen
Donegal’s Budding Gender Equality Advocates
A Very Merry Crafty Christmas 🎄 workshop
In 2021 what does it mean to be a woman in Ireland?
A Fabulous Crafty Xmas 🎄 Friday
Do you know your equality rights in Ireland?
Loading Comments...
%d bloggers like this: