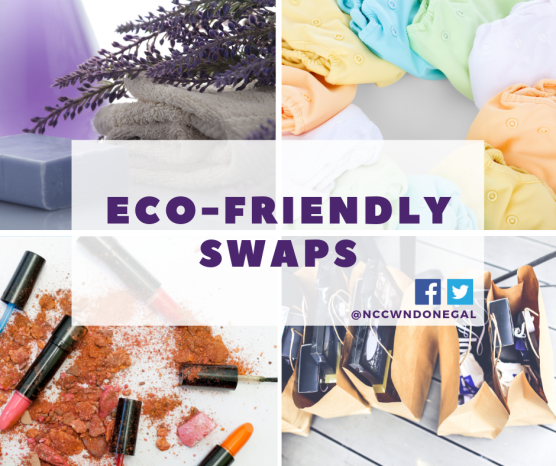 This feature is part of the NCCWN Donegal Women’s Network, ‘Women’s Lives, Women’s Voices’ series. Written by Mary Lane to highlight the need for us all to play a role in reducing our waste. This is the second in a two part feature by Mary who reflects on her experience of becoming aware of the concept of Zero Waste and how she has managed to bring a zero waste lifestyle into her family home.

I first became aware of the concept of Zero Waste in 2016, when I was expecting my first child and was researching breastfeeding and cloth nappies online. I’ve always been pretty frugal and I didn’t want to waste money week after week on disposable nappies or formula and contraptions associated with infant feeding which had always seemed so gimmicky to me.

I had decided that I’d breastfeed to cut down on the costs, but naturally as I researched further, I became so aware of the health risks associated with not breastfeeding for both me and my child, as well as the environmental impact of opting out of breastfeeding. To me, these simple decisions to use natural or reusable resources for my baby would not only save us a fortune, be kinder to our baby, but they would also have a substantial environmental benefit.

My digging online lead me to more and more stories about people living a Zero Waste lifestyle. Bloggers and Instagram accounts proudly showing their home made almond milk and their entire years rubbish fitting into a mason jar. I was in awe of their dedication, but disheartened that is never be able to obtain that level of environmental perfection. It seemed pointless to even try, but try I did! Just a few small changes were actually easy to implement.

Here’s a few examples of my initial changes 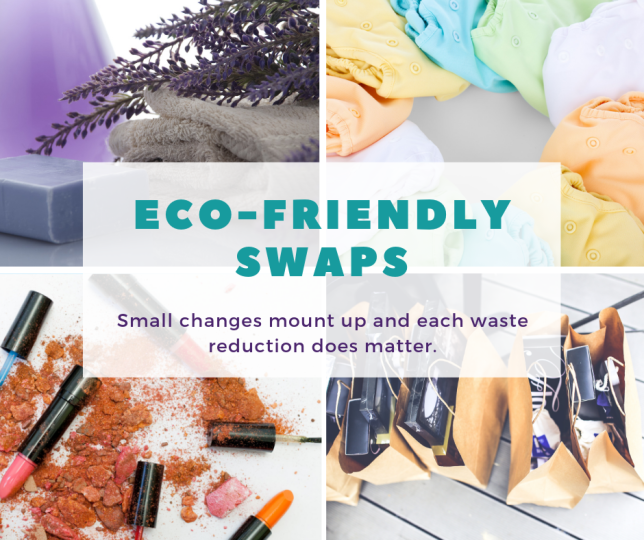 We used cloth nappies 80% of the time for our son until he was a year old.

I stopped buying unnecessary cosmetics. I had been so guilty of impulse buying the latest products and only using them a few times before they became resigned to a box or a cabinet somewhere. Now not only do I not have the product and plastic waste, I also didn’t waste money, and I don’t have box loads of stuff I’ll never use clogging up my bathroom or bedroom.

I also started skipping unnecessary paper bags where possible. For example in a pharmacy where they pop a pack of paracetamol into a paper bag, or a single book in a bookshop, or when buying something small like a pack of socks when I know I’m going straight to the car.

I felt that these changes have actually made a difference to our home and our lives.

*Nature is our Friend*
*Live, Laugh and Love*
*It's always good to laugh*
*Lets Laugh Together*
Wishing all the women of #Donegal a very happy, relaxing and peaceful International Women’s Day 2021.
International Women's Day Ready 🤩
Loading Comments...
Comment
×
<span>%d</span> bloggers like this: